In an aim to grow the European tech-industry and as part of the Entrepreneurship 2020 Action Plan the European Commission is committing €250 billion to the sector through the Digital Economy Policy. Whilst this initiative contributes to the European economy by creating hundreds of thousands of new jobs across Europe, the also EC also warns […]

The worldwide PHP community is preparing for a grand event this fall: php[world] will be held from November 14th to 18th in Washington, D.C and SensioLabs is co-hosting a special SymfonyLive Track during the conference. Join our team for: Many interesting talks and discussions. No matter which level PHP or Symfony developer you are, you’ll find inspiring conferences with great speakers […]

After just a few months in the US, SensioLabs has hit the ground running with two new partnerships which will anchor and extend our business development and Symfony training capacity in the United States and Canada. Our new Silver partner, Unleashed Technologies, is an enterprise WostingSM (web + hosting) firm based in Columbia, Maryland, who provides […]

SensioLabs sets up house in the USA 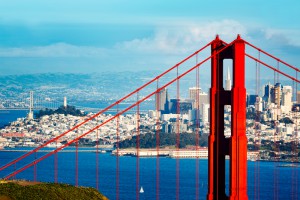 As many of you know, Symfony just celebrated its 10-year anniversary and, by the end of September 2016, will hit the marker of 500 million downloads worldwide. It is now considered among the best frameworks in the world for developing PHP-based projects. To attain that kind of success is obviously major. But no Open Source […]

As any Symfony fan knows, Symfony 2.0 was released in 2011 and version 3.0 in November 2015. This year, we’ll reach a special milestone and SensioLabs is super happy to spread the news! Hard to believe, but after only five years, almost 500 Million Symfony packages have been downloaded by the PHP community*. And we […]