Inc. 5000, G2 Crowd, Generation French Tech: these are some of the many awards and tokens of recognition SensioLabs has collected since January 2018. They all demonstrate a very promising growth for the creator of Symfony and expert in PHP development. 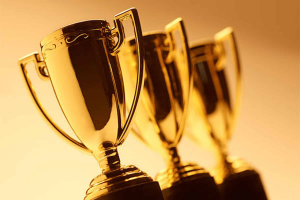 Several rewards have showed the fast-growing adoption of the Symfony framework worldwide, as well as SensioLabs’ strong business potential internationally.

For the very first time, SensioLabs appears in the Inc. 5000 Europe 2018 Ranking, established by Inc. one of the most well-known media in the United States about entrepreneurship. In 1981, Inc. made Steve Jobs’ first memorable cover: “This man has changed the business forever”.

G2 Crowd has placed SensioLabs among the 25 companies of the State of its B2B France’s Tech in 2017. G2 Crowd is a peer-to-peer, business solutions review platform, considered as the equivalent of Glassdoor for employees. Symfony has received very positive reviews on G2 Crowd, from all over the world. 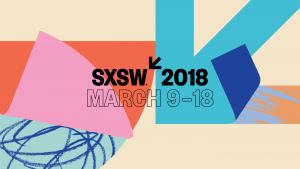 In March 2018, SensioLabs took part to the French Tech delegation at South by South West (SxSW) in Austin (TX), one of the largest tech events in the world. SensioLabs ran a booth at SxSW Trade Show and could feel the growing enthusiasm about Symfony in Austin, the new US alternative to Silicon Valley.

SensioLabs is also delighted to announce that Grégory Pascal, SensioLabs President and Co-Founder, was selected to join the French delegation at the G20 Young Entrepreneurs’ Alliance Summit in Buenos Aires, Argentina in September 2018, on the fringes of the G20 World Leaders Forum.

Again as in 2017, SensioLabs had the honor to be included in Les Echos – Statista : Growth Champions ranking, which gathers French fastest-growing companies between 2013 and 2016. SensioLabs is glad to figure in this ranking with SensioGrey, its sister company (the 360 digital agency WPP acquired in 2017).

At the same time, SensioLabs was selected for the Grand Prix of Growth-Driven Companies 2018 issued by Leaders League in the « Internet & Software » category.

A few days before Viva Tech, SNCF [French National Railways] announced that SensioLabs was ranked among the 120 Gems of the Generation French Tech 2018 Overview, gathering 1,000 startups, promised to a leading role in the future French economy.

As one of the 2017 Champions of Systematic cluster, SensioLabs delivered an opening speech at the 2018 4.0 Systematic Convention to tell the deep tech ecosystem about SensioLabs’ amazing and unique success-story.

SensioLabs’ staff is actually very proud about all these great achievements, which are the results of their passionate and intense efforts dedicated to SensioLabs’ growth. Few days ago, the 4th of July, all present and former staff celebrated Sensio’s 20 years in a crazy party until the end of the night with more than 600 guests at the Jardin Suspendu, Paris.